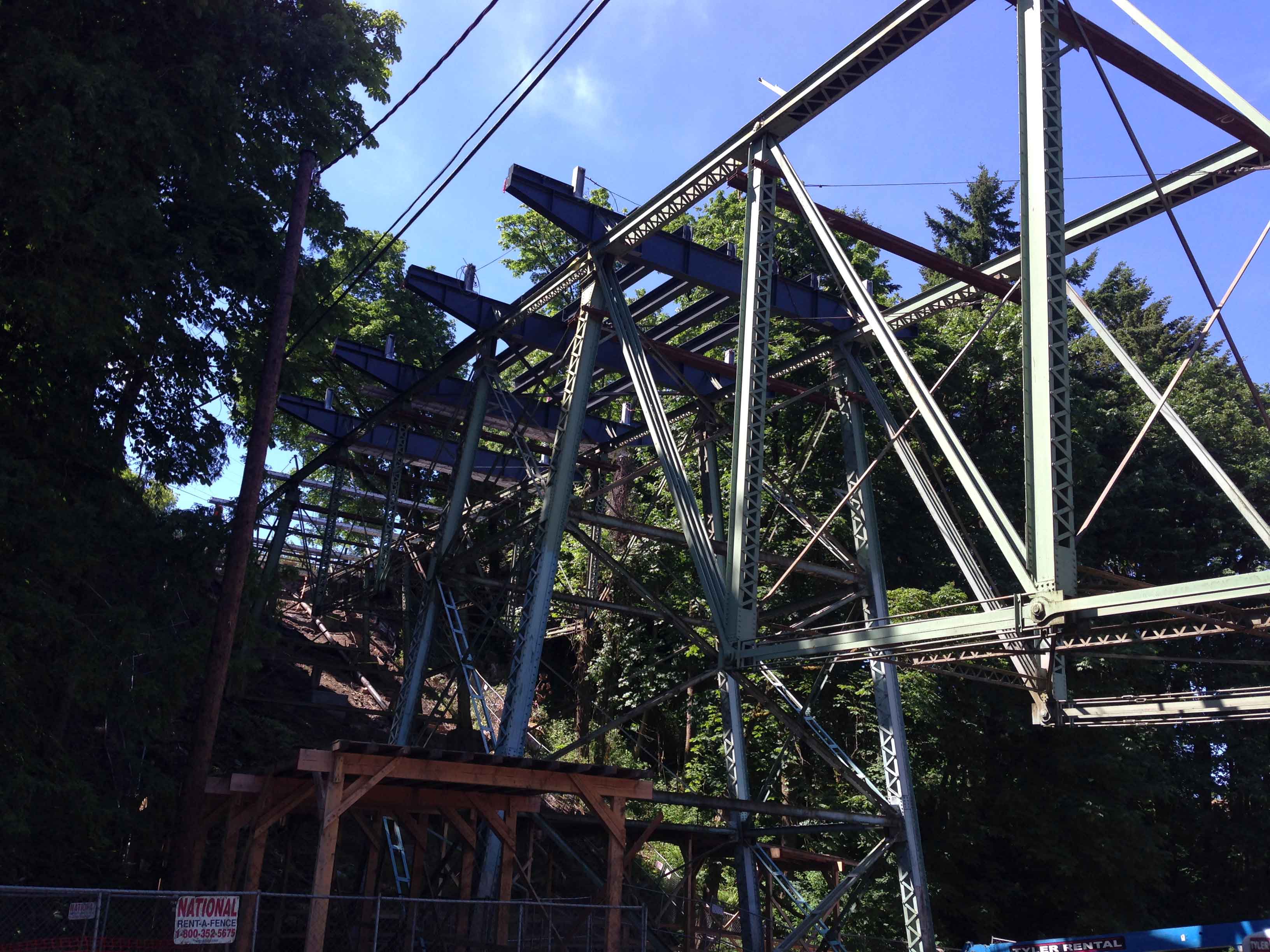 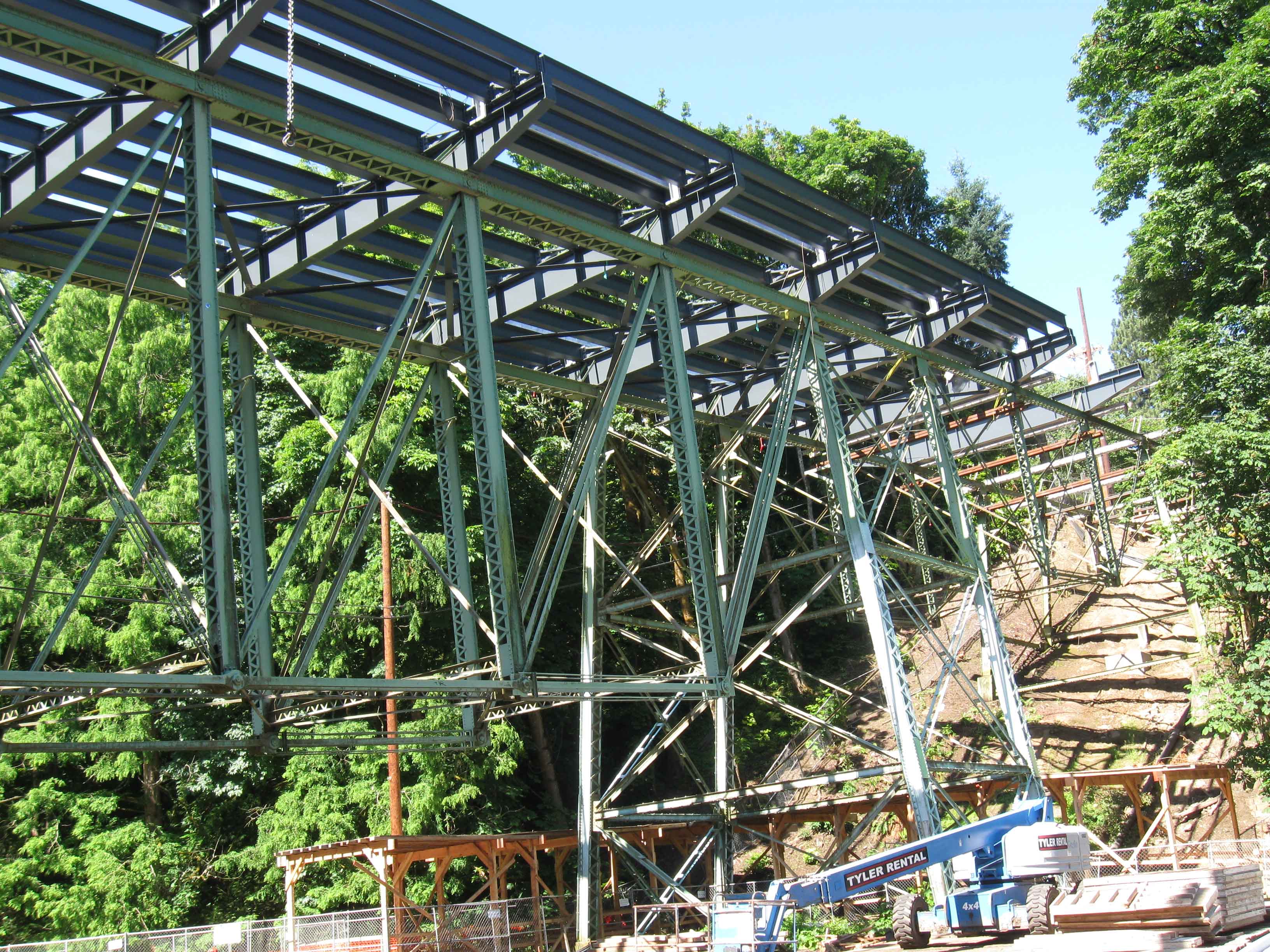 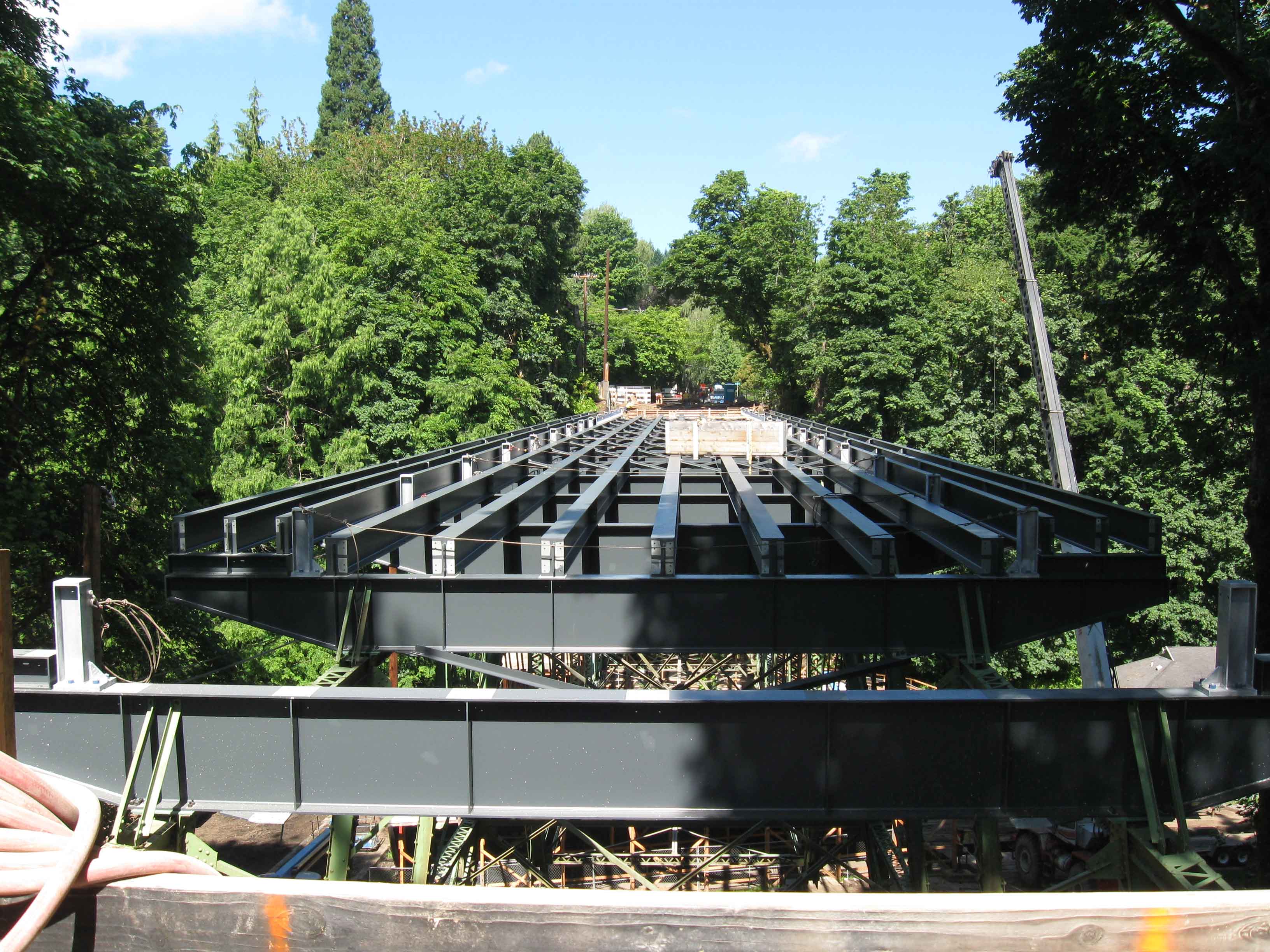 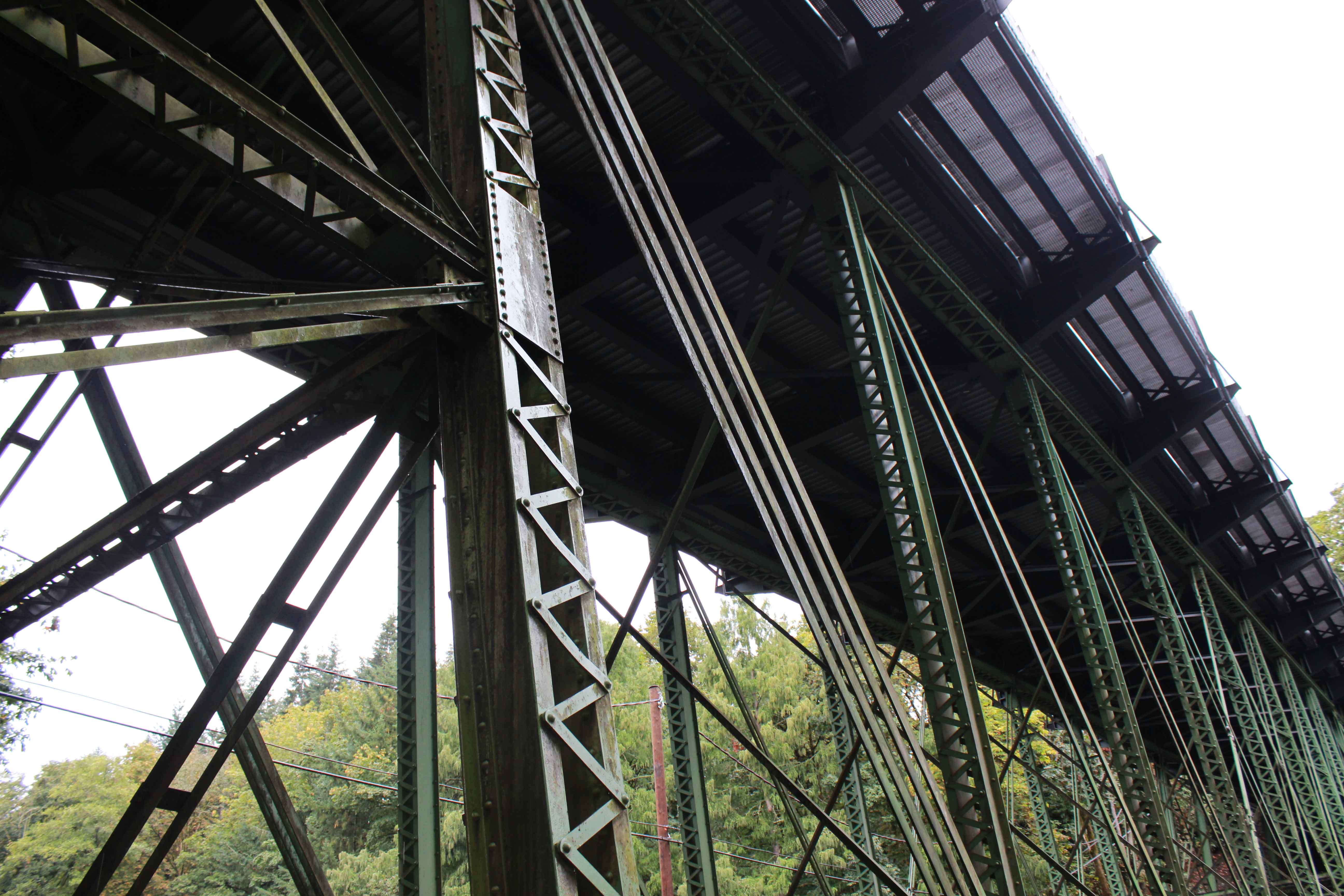 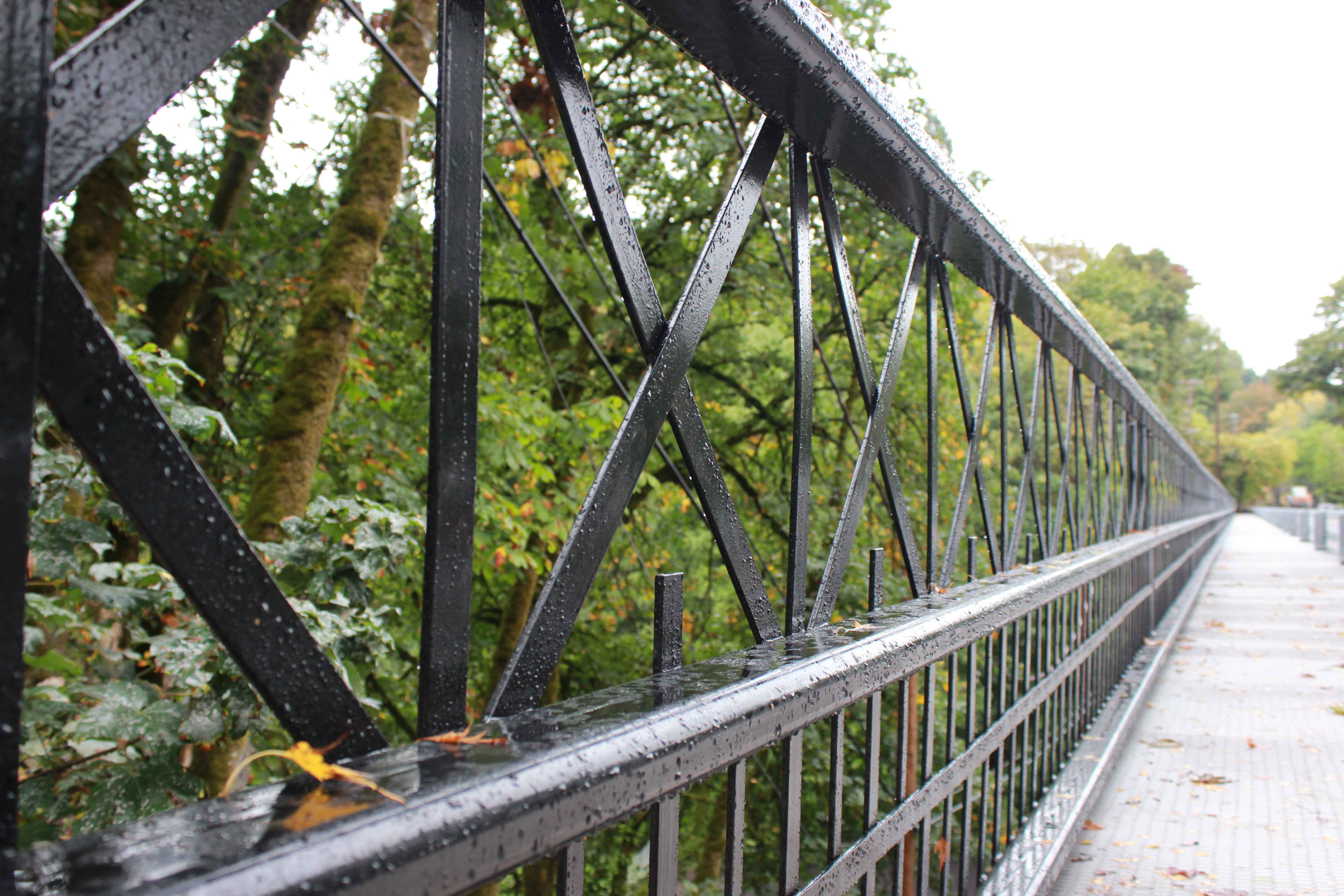 This project was unique to the City of Portland because it was a rehabilitation to the historic Balch Gulch Bridge that was originally built in 1905. This made the 109 year old (at the time of completion) bridge the oldest intact bridge and the only pin connected deck truss remaining in the State of Oregon.

On this project, Cascade Bridge rehabilitated the Balch Gulch Bridge by removing the existing bridge deck, sidewalks, railing, timber stringers, steel floor beam and riveted connections and replaced them with modern material and bolted connections. We also modified the existing abutments and installed a new water line across the bridge. The new floor beams (matching the shape of the original), the roadway and sidewalk stringers and the steel diaphragms we recoated structural steel. Corrugated metal decking panels filled with structural concrete and an asphalt wearing surface were used for the new deck surface. The new sidewalks were aluminum planks which also incorporates an anti-slip aluminum surface, the new traffic railings were a modified 3-tube railing system, and the new pedestrian rail was a coated steel to mimic the original 1905 design.