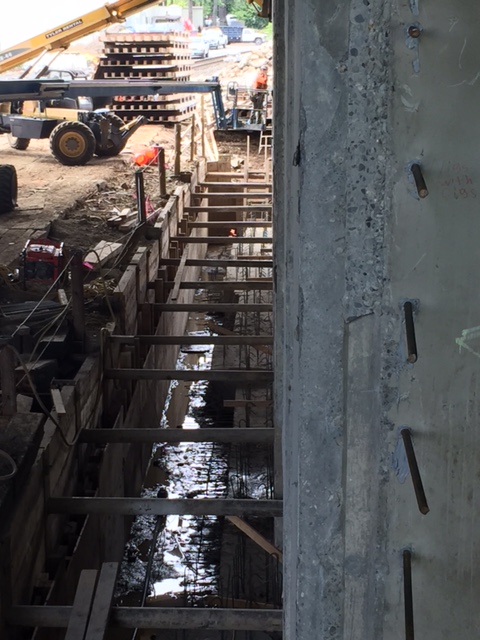 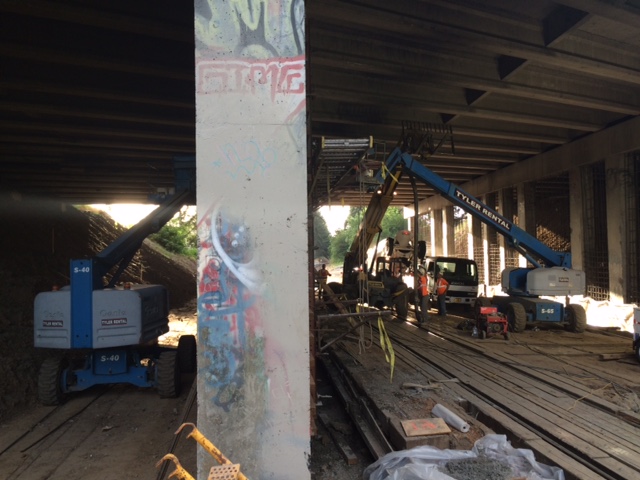 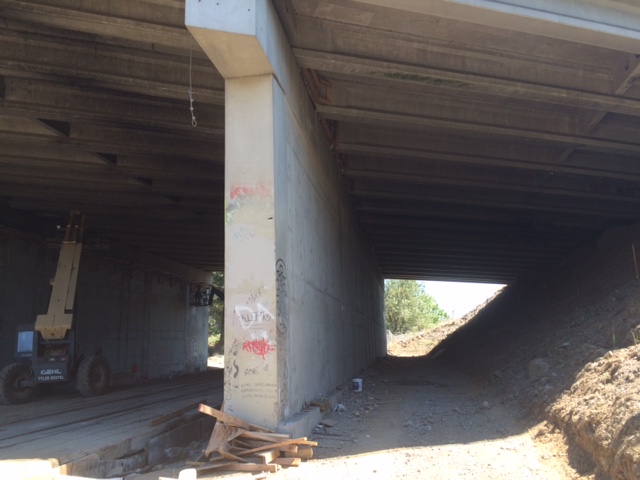 This project was part of ODOT’s program to upgrade existing bridges to bring them up to current seismic codes. It included five structures along a stretch of I-5 starting from Hood Avenue Bridge to Tualatin River Bridge. The five bridges retrofitted along I-5 were at Hood Ave., Barbur Blvd., PNWR (Cook), Lower Boones Ferry, and Tualatin River.

Although the retrofit work performed was very specific to each of the structure site locations, the primary upgrades involved bolstering the footings, columns and cross-beams. Some of the elements over the five structures included shoring which was installed under the bridge and adjacent to an existing railroad track to access the footings, 96 post-tensioned footing anchors, over 13,000 resin-bonded anchors and 632,000 lbs. of rebar, 3,385 CY of concrete and structural steel bracing.

In addition to the seismic work, I-5 was widened at the Lower Boones Ferry location by constructing a cast-in-place tub girder on falsework and then picking and setting into its final position. Bent closures were placed and the structure was post-tensioned.