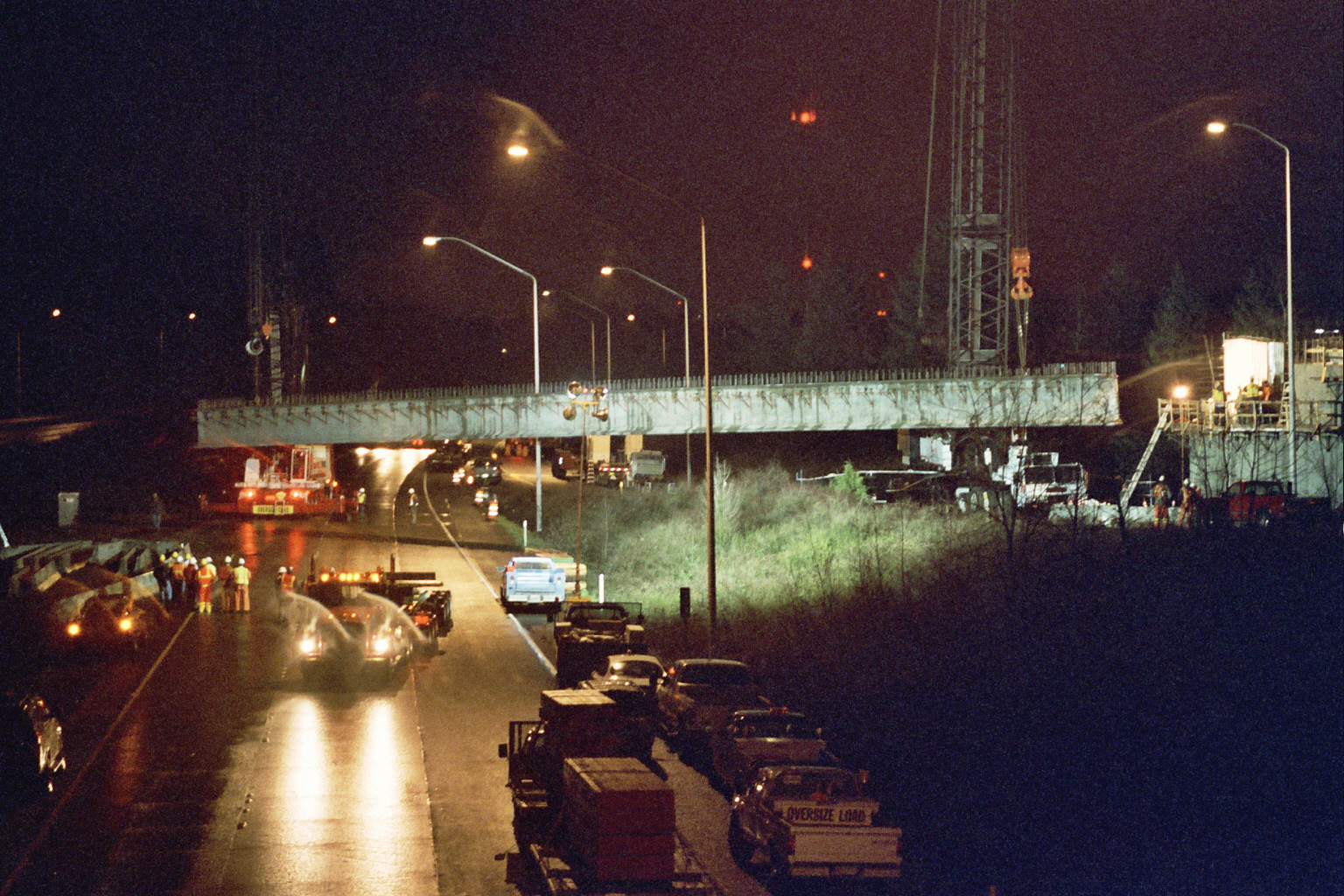 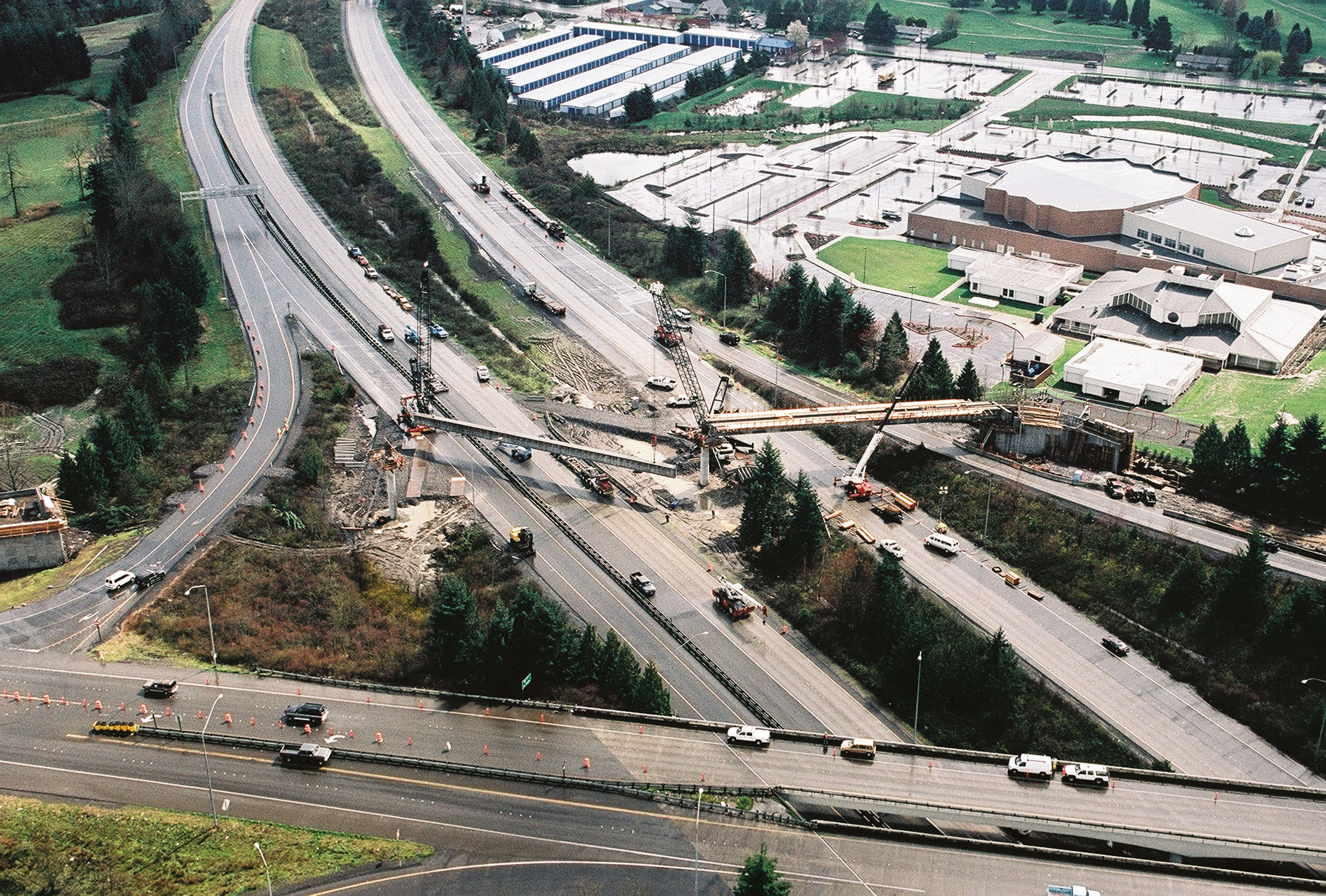 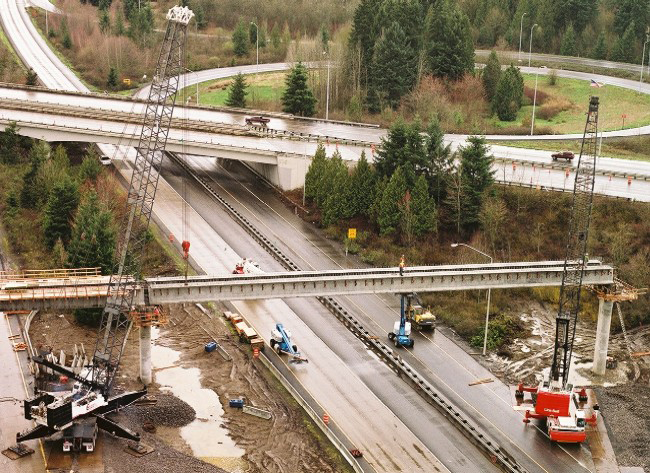 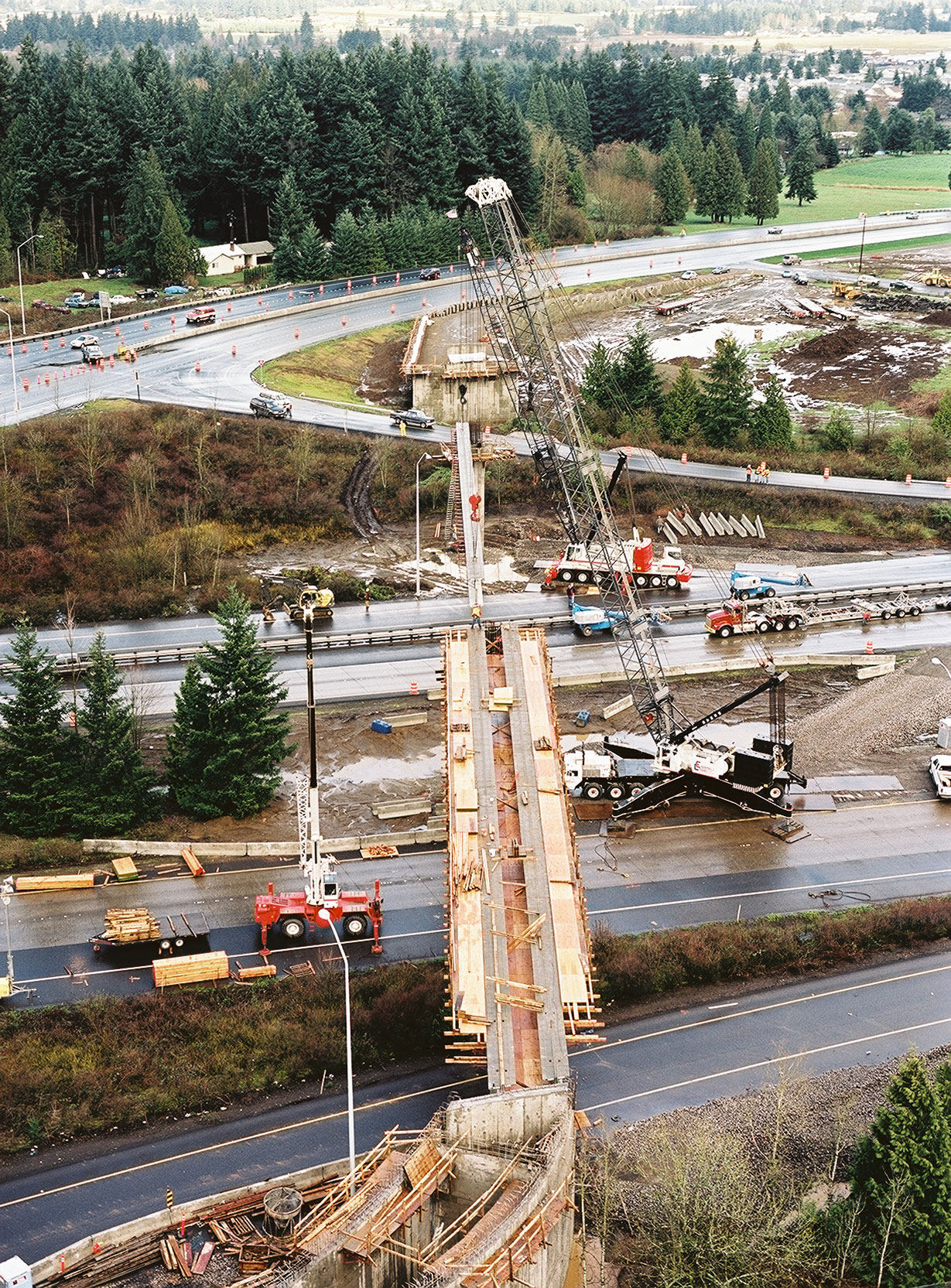 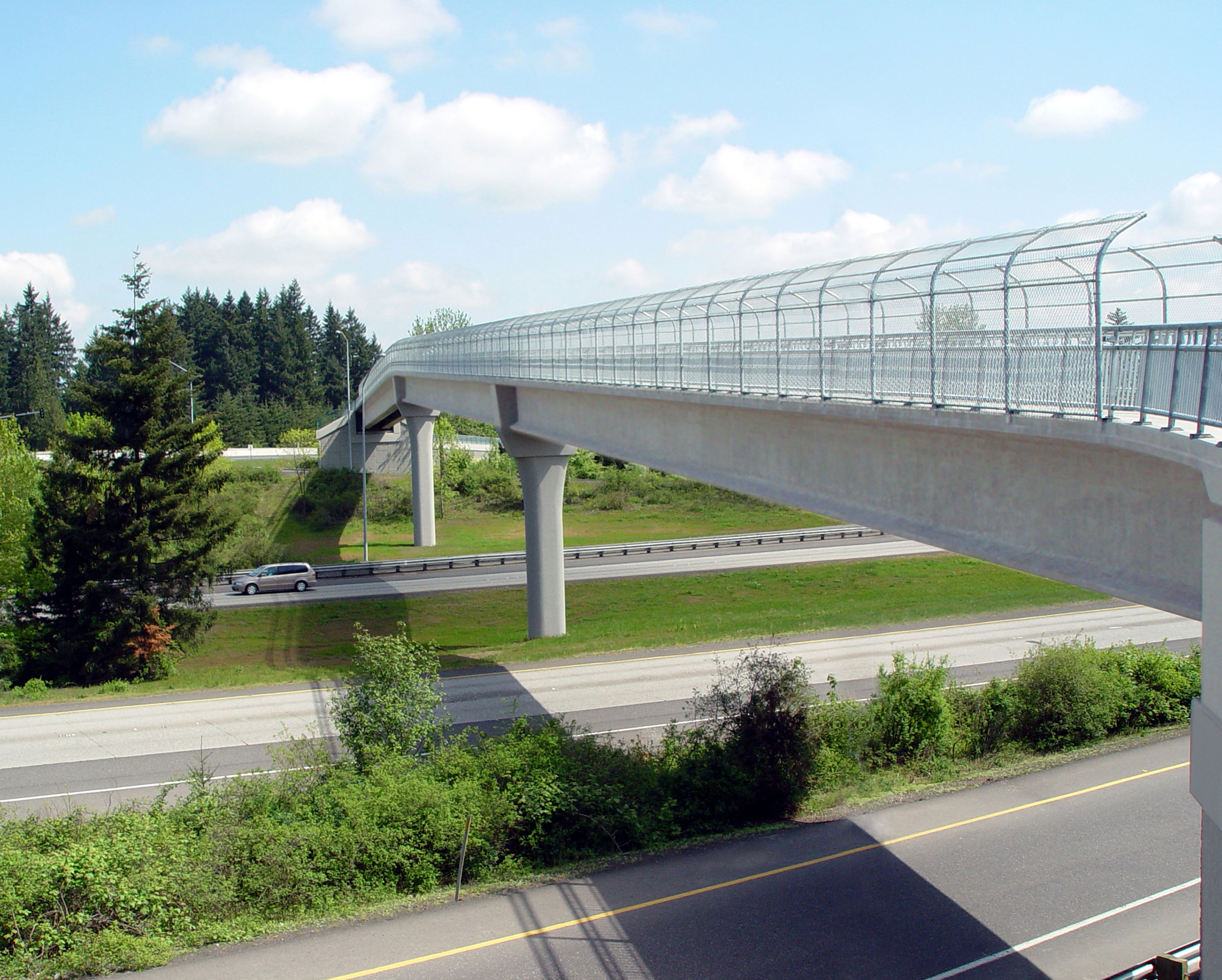 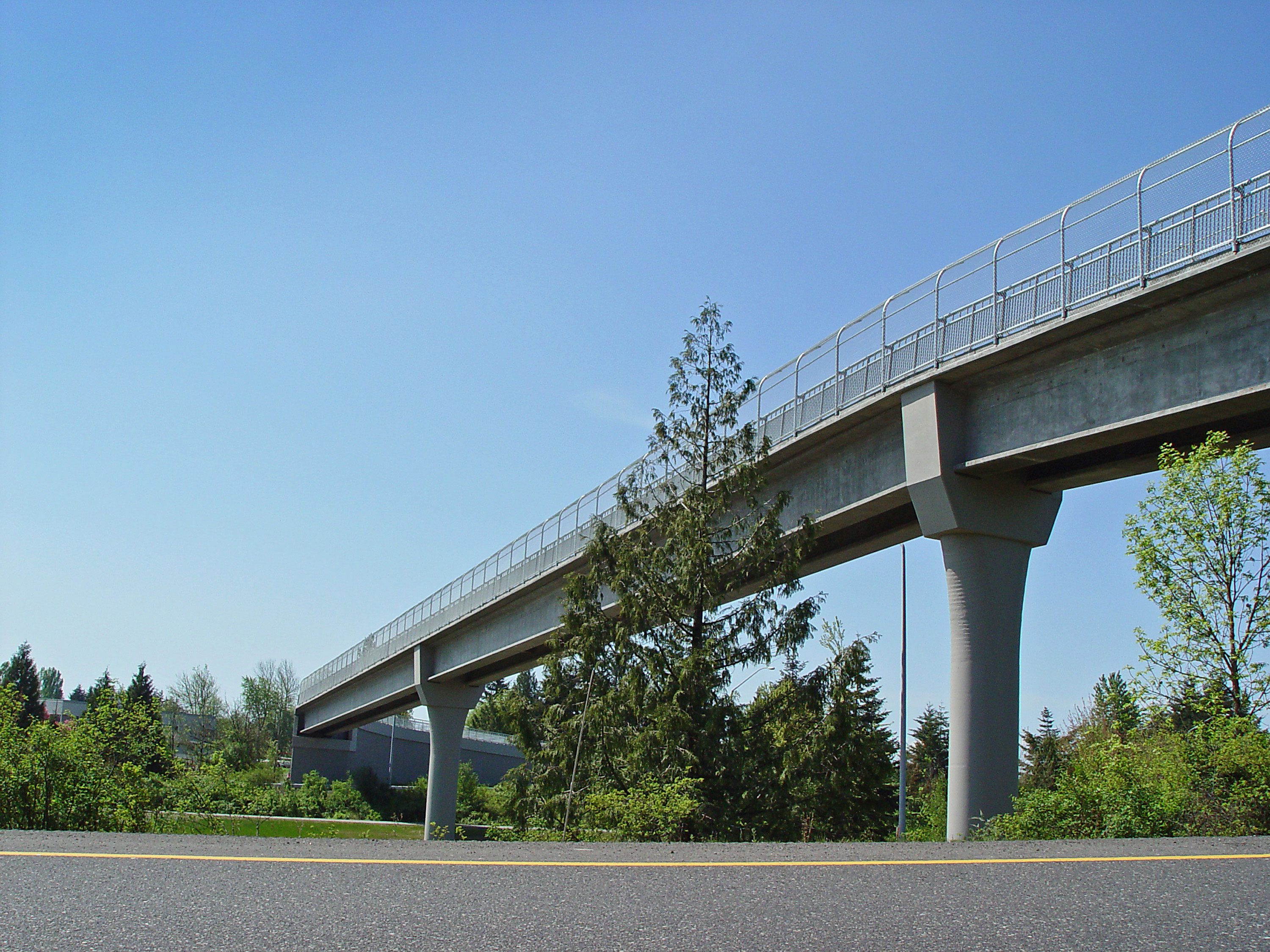 Clark County Public Works designed this project in anticipation of the areas growth and would provide another east-west connector in Vancouver. This project was part of the County’s plan, when finished, to provide over 5-miles of paved path starting at NE Ward Rd. and ending on NE 78th Street.

This Project widen the existing Padden Parkway from a two lane to a four lane roadway, which included installing storm sewers, drainage structures, masonry sound wall, and constructing a new bike/pedestrian path with a multi-span precast girder pedestrian bridge over I-205. The Pedestrian Bridge constructed wasa 559 ft., three span precast/pre-stressed girders, founded on driven piling and had a cast-in-place deck, steel railing and protective fence. The girders were 83” deep by 185 ft. long “super girders” that weighed approximately 206,000 lbs. This project was particularly unique in that it contained 185’ long precast girders which at the time, were the longest single span precast girders in the State of Washington.